Back in 2001, I began developing some Java apps after finishing my Intro to Java class. The class didn't go far enough into actually making a functionning application since it was just about covering concepts and syntax, so I took it upon myself to make some. I made several but ran into basic problems of creating computer player AI for the games. All of the projects were scrapped as I started learning PHP and MySQL and turned to web programming instead.

This is a utility for planning the floor arrangement of furniture in a room. Wall-placement is highly simplified as I focused on corners instead of the walls themselves. Still, even in its very early development stage, I've found it useful over the years. 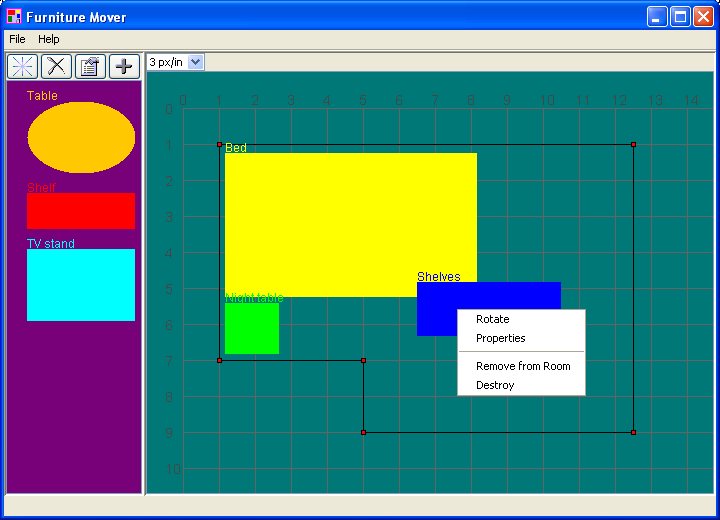 Rectangles and ovals can be added and removed from a scalable grid. The room is constructed by adding corners. Both furniture and corners can be dragged around. Furniture can be rotated, recolored, resized, and renamed. The room arrangement can be saved to a .furn file (formatted as XML).

I wanted to make a card game app for the French game my grandmother taught me. I didn't finish enforcing all the rules. I also never started the computer player AI, which I realized would be quite difficult. 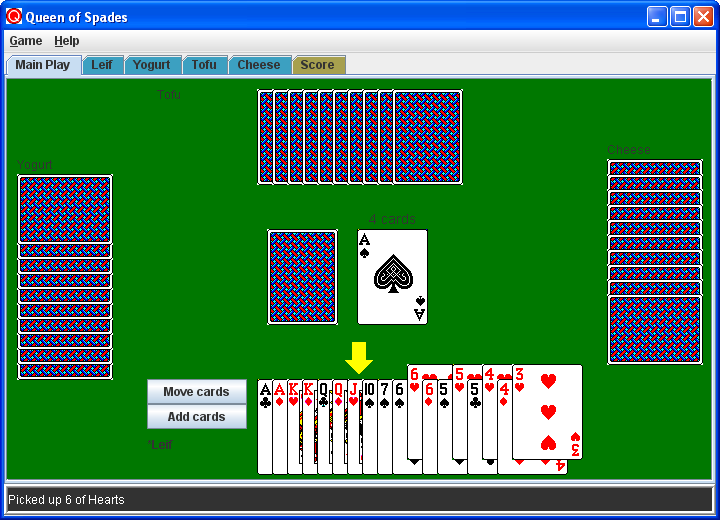 I used to play a lot of Dragon Warrior. I wanted to see if I could make a game similar to it, but I never got too far. I left off in the middle of a major code rewrite that addressed the random walk of other characters on the map. The last version doesn't have some of the cooler functionality of the earlier versions because I stopped development. 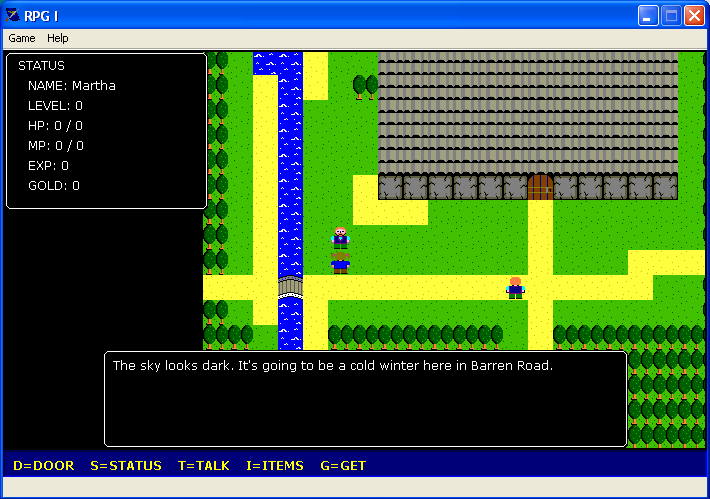