The public transit system of Baton Rouge (the Capital Area Transit System, or CATS) has been underfunded year after year with routes in an older hub-and-spoke model. How did it get this way? When did it start and why is it now essentially government-run in that the Metro Council has the final say? 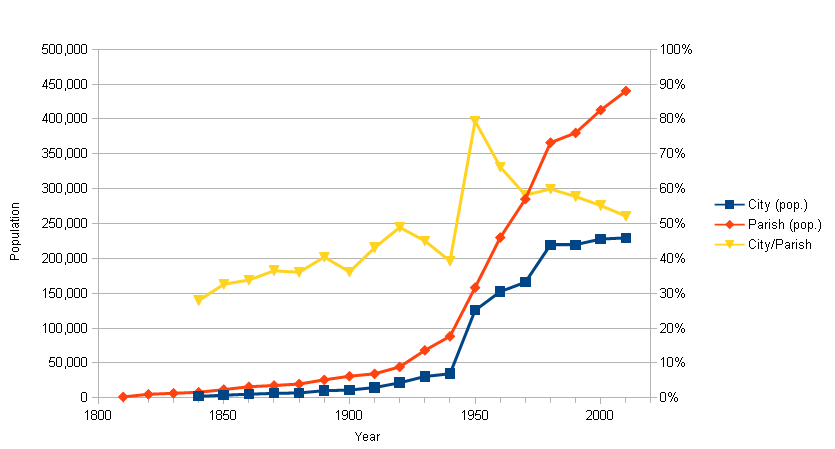 From what I can tell given the sources available to me, the story begins in 1881 when the city of Baton Rouge had a population of 7200, the parish had a population of 20,000, and there were rumblings of creating a streetcar system. This was during what's now termed the "Long Depression", the time between the Panic of 1873 and the Panic of 1893. So let's start the timeline there.

? — BRECO bought 3 buses for service between downtown and LSU, which had moved south of the city 2

? — Stone & Webster "opted to divest itself of its utility holdings" ref

? — Engineers Public Service Company no longer the parent company of Baton Rouge Bus Company; in fact, there is no parent company (uncorroborated) ref

? — under pressure from the SEC, Engineers Public Service dissolves itself; Gulf States Utilities separated to become a free-standing entity (irrelevant to the bus system, but still interesting to know) ref ref

February-June — city-parish council voted to raise fares from 10 to 15 cents on the city's buses, leading to a bus boycott ref

It's not clear to me how the council could vote on fares for a private company. But I suppose this did happen before with the streetcars when the city set the rules on what the franchise could charge. Weird. 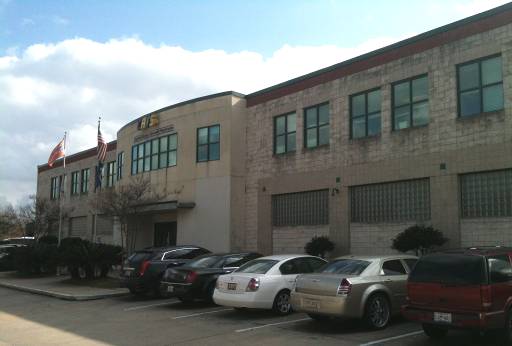 April-May — after incessant complaints about fare increase from 75 cents to $1 and a 7% decrease in route coverage, the CTC board decided to seek additional funds from the Mayor instead ref

October — riders experienced service time and route expansion during the 1998-1999 period due to the start of 3 years of increased federal funds [citation needed]; CTC saw surge in passengers since June ref

October 11 — Metro Council approved a contract between the city-parish and CTC, who had gone without a written contract outlining the relationship since 1970, during which time there had only been an informal operating agreement ref

July 24 — the CTC board voted on June 18 to end Sunday bus service starting in August; this decision was reversed by the Metro Council ref

November — CTC board, initially pushing for a March 9, 2004, 4-mill property tax election (initially a 5-mill, 5-year tax with 1-mill going towards sidewalks and bicycle path improvement), realizes it would cost too much money to get it on the ballot ref

August 16 - CATS board approved fare increase and cutting routes to save $400,000 ref

January 27 — CATS board goes ahead with reducing service on 6 routes to fill projected $183,000 shortfall in $16 million budget ref

May 30 — Attorney General of LA James "Buddy" Caldwell issued opinion that property tax qualifies for homestead exemption, removing $3 million per year from CATS's future budget; since property values were reassessed statewide for 2012, this is only a $1.2 million decrease from the property tax (from $17.2 million to $16 million) ref

June 8 — Governor Jindal vetoed state legislation that would have removed the Metro Council as the authority over approval of changes to fares, routes, and schedules ref ref

January — GPS installed on 79 vehicles (59 buses and 20 paratransit vehicles); RouteMatch to provide its own mobile phone app (data not yet open for independent app development); system will cost about $15,000 a year in operational costs; digital signs on buses and at the terminal are among the improvements ref ref ref

I don't pretend to fully understand business financial reports. I get the basics of revenue and expenses, of course. What I don't get is how assets and capital contributions play into a budget.

One thing I've learned from all of this research is that utility and street railway companies were bought very frequently before 1910. I'm not sure if it's coincidence, but around that time, holding companies got very popular. It was very common for the nation's urban streetcar companies to be owned by a holding company off in some other state. And quite often the streetcar company was very closely tied to an electric utility company. The reason is financial: I don't understand it, but the regulated utility company could sell electricity to the streetcar company in an unregulated way, somehow ripping off consumers in the process. That's why the Public Utility Holding Company Act of 1935 was created. At that time, streetcar operating companies were dropped left and right and bought up by other private companies to be dismantled. Baton Rouge was just one of many cities affected by all this mess.

As for how the long line of private businesses ended up as a government-run affair, that is also pretty common. By the '60s and '70s, buses just weren't making a profit anymore. People loved their cars and the suburbs were expanding considerably. No bus routes could possibly compete with suburban driving. I guess city governments felt they had to take care of their poorer citizens, so they bought the bus companies. With tax-payer assistance, they were able to hobble along without going out of existence.

Baton Rouge shares a similar history of its transit system with other cities, but I don't know if Baton Rouge diverges with its recent dismal transit funding. From what I've read so far, Baton Rouge is still a good bit behind other comparable cities on how to properly fund and design its transit system. The 2012 property tax certainly helps with creating a dedicated source of funding, but it still doesn't provide CATS with a budget that's large enough to support the potential of the city.

But I won't complain too much because the important piece is having dedicated funding. During the 1998 to mid-2000 period, CATS ridership increased because services could be expanded thanks to combined federal, state, and city-parish funding. The funding was non-recurring, so as that went away, so did the ridership. After that, the system was again stuck in a perpetual cycle of budget shortfalls and fights with the Metro Council about raising fares and cutting service. It was only with the 2011 budget that completely ending the bus system was ever threatened. First they said October 2011. Then as the year went on and diesel prices jumped higher, they said July. Money was scrounged up, but 2012 was looking to have an even larger budget deficit.

Something else I've marginally researched: does any city have a private company running its transit system? Well, let's look at the New Orleans Regional Transit Authority (NORTA or just RTA). Its history is somewhat similar to Baton Rouge: New Orleans Public Service, Inc. (NOPSI), a private electric and natural gas utility and mass transit provider, consolidated several competing streetcar lines in 1922; NOPSI converted the streetcar lines to buses in the '50s and '60s (except the St. Charles Line); and then in 1983, NORTA (a public entity created by the State in 1979) took control of the transit system due to lack of profitability. Besides having a streetcar line run the entire time since 1835 (thanks to preservationists in 1973 listing the St. Charles Line on the National Register of Historic Places), New Orleans transit differs in their management: Veolia Transportation (a giant international company) now manages and operates the system under contract to the RTA Board of Commissioners. How well this private-public partnership works, I don't know. But this Business Report article on the situation addresses the question of paying more for a private company and getting increased efficiency.

The above time line is mostly accurate. I still think there are some short-lived companies that are missing, such as the Baton Rouge Electric Light and Power Company from 1889 or so until some other time. It's pretty hard to keep straight which are the utility companies and which are the transit companies. I'm also missing some sources that could tell me when some companies began, such as the Baton Rouge Bus Company. I just guessed on that one.

Then there are all the rich white guys. I haven't even really gotten into them simply because there are so many of them. They hop around from company to company as owner or president or board member, affecting policy and making decisions that affect everyone else. For example, Benjamin Raphael Mayer could be on the time line from around 1891 until 1900. He was involved with Baton Rouge Electric Light and Power Company, Capital Railway & Lighting Company, and Home Electric Company. He was president for each one at some point. But before all that, he was owner of Baton Rouge & Western Transportation Company. The network must have been small back then because these guys got around.