A Better Sense of Place

Plants grow so slowly, I have to actively remind myself of how far I've managed to restore the land and ecology. I've been planning a new blog post for a month or so, and I was initially only going to look at what I've planted and sowed in 2014. But this morning I thought it might be more interesting to compare 2014 to 2012 and 2013 to see if there's an interesting progression. (There is.) And to really make it interesting, I decided to compare now to how the land was handed to me when we bought it back in 2010. ("Bought" is the legal term that I may as well continue using for convenience.) 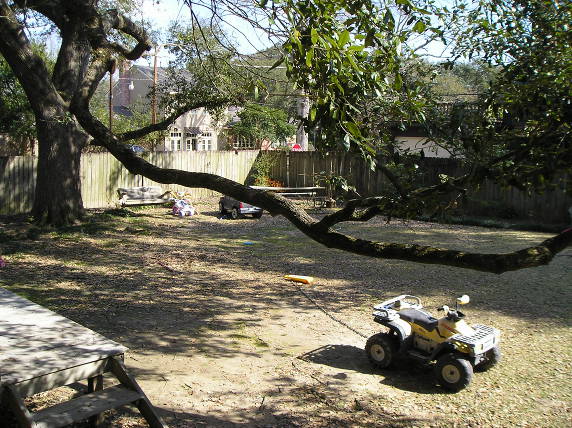 When we moved in to our house in spring 2010, the yard was relatively barren desert. I have to look at old pictures to remind myself what was even growing. Now that I know about the layers of a woodland garden, it's easier to categorize plants and see what's missing. This is the complete list (ignoring the tiny stuff like chamberbitter, dollarweed, and spiderwort).

* native
** I can't identify the clumping bamboo on the property line with my neighbor.
*** The turfgrass is primarily St. Augustine, which I understand is native, oddly.

The ecology was in shambles. The only things native were the live oak, magnolia, yaupon, and broomsedge. (The St. Augustine grass, I guess, technically counts.) Four plants can't possibly sustain birds, bees, bats, butterflies, and all the others things we've pushed out from suburbia.

On a side note, I was shocked to learn the ornamental grass by the front sidewalk was broomsedge, a native. I don't think it drifted in from a neighbor because nobody else has any that I can tell. As for the yaupon, I'm not sure how intentional they were. The female by the house could have been purchased to screen the central air conditioning unit and is perfectly centered between house and fence, but the dirt at the base isn't potting soil that would have been left over from a nursery pot. It also appears to have been cut down once. The male on the outside of the backyard fence was most definitely a volunteer popped out of a resting bird's butt. 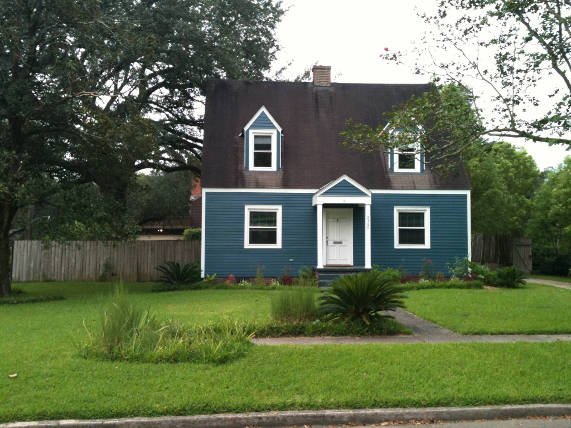 I don't have a whole lot of notes for what I did in 2010 and 2011, but I think most of my time was spent weeding, watering, and mowing. I was big into raking and getting the grass to fill in all the dirt areas of the backyard. I even bought a new hose to hook up a sprinkler. I dug a little trench (in what would later become the rain garden, ironically) to drain stormwater from the backyard into the alley. I planted coleus, zinnias, knockout roses, and a loropetalum. Then I guess I started looking for cheap shrubs. Arbor Day Foundation had cheap things, so I got some including what were described as being native. (It later turned out that one, blackhaw viburnum, isn't native this far south and another is a completely different species than they told me, Japanese snowball and not arrowwood viburnum. The blackhaw died, and I'm keeping the snowball for now.)

And that brings me to 2012 when I really started to focus on buying native shrubs and what I later realized were understory trees. These are the new additions:

One after the other, half of these plants died. I imagine it's because I planted them in the full sun of the front yard when what they really wanted was part shade. I was also only treating them as specimen plants without thinking about how they fit into a larger plan. There was no layering.

The following year (2013) I bought even more but was still focused on that middle layer of understory trees and shrubs.

I continued to kill things, but it wasn't as bad as before because I was starting to research better and figure things out, both what my yard has to offer and also what plants want.

Now it's the end of 2014. Check this list out of things I planted this year:

In these lists, I am ignoring all the tons of seed I acquired and threw around the place. I'll save those for another post. I'm only starting to figure out grasses, ferns, and vines, but still, just look at all of those plants. From 4 natives to 40 or so. Dang. It made my day to realize this.

And finally to close this out, I compare before and after pictures. (Well, more like "before and now" pictures.) 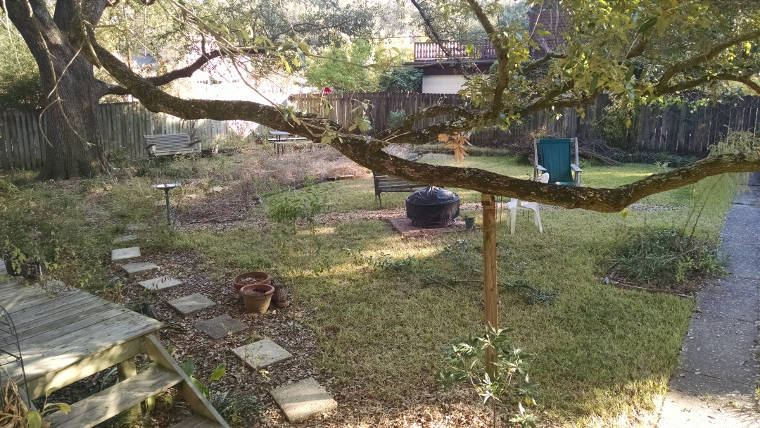 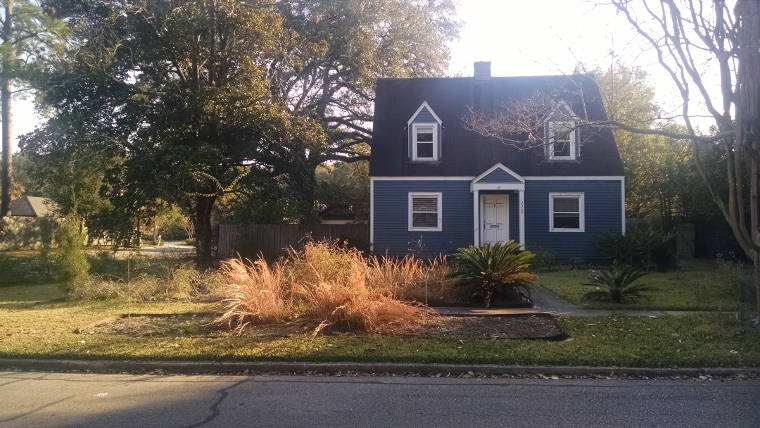